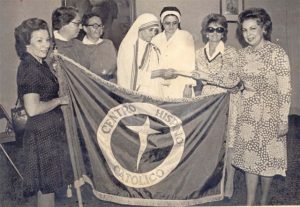 Answering the Call to help those in need after the Great Miami Hurricane and the Great Depression left many families in Miami impoverished, the four parishes of what was then part of the Diocese of St. Augustine came together with the Society of St. Vincent de Paul to discuss the formation of a charitable organization that would work in connection with the Community Chest, now known as the United Way. Thus the Associated Catholic Charities was born on March 8, 1931. These pioneering Catholic community representatives had the vision at the time to come together to plan the best strategy to take so that those in need would be able to get the help they needed, a practice the agency still upholds today. The focus at the time were to identify family problems, out-of-wedlock pregnancies, juvenile delinquency, immigrants threatened with deportation, and children needing foster care. Services has since evolved.

Leading the way to innovative services, Catholic Charities has been responsible for numerous social service achievements in South Florida. They were the first agency to offer professional welfare services to children in south Florida, the first agency in Broward to develop the adult day care service model that encompassed assisting the frail elderly and their caregivers in efforts to prevent institutionalization, and pioneered refugee services in South Florida. Opening the first bilingual social service center in Miami, and was the only agency to lead assistance initially to refugees. The agency maintains its history of assisting in the resettlement of refugees. 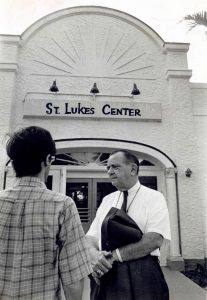 Throughout the years, Catholic Charities was responsible for opening the first clinic in Dade County to offer methadone maintenance services to heroin addicts, the first Hispanic adult day care pilot program in Broward county to meet the needs of Hispanic elderly and their families, the first and only shelter to provide unique services for the homeless with AIDs population in Miami-Dade County, the first emergency shelter for homeless men in Key West, and the oldest and most comprehensive social service center caring for the needs of the Haitian community in South Florida.

Starting with a single funding stream of under $8,000, today, Catholic Charities of the Archdiocese of Miami, Inc. is now a multi-funded organization with revenues of $30 million. 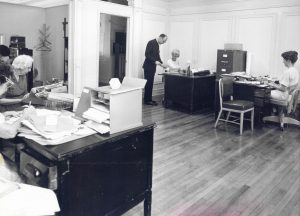